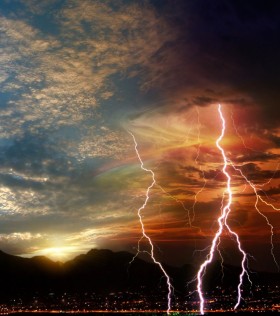 Marty Rathbun, Mike Rinder and Tom DeVocht, all having been demoted and expelled in disgrace from their former religion, now rail against the man who removed them.

But what did they say about him before they transformed into embittered apostates?

First, though he now uses them as mouthpieces for his vitriol, this is what Rathbun once told a pair of local reporters about the leader of the Church:

“He is different than me. He’s in a different league… He’s got enough self-certainty and confidence that he doesn’t concern himself with somebody not approving of him… He doesn’t get all hung up and worried about that. I just don’t see it in him and I never did really. I guess that drove a lot of people crazy who were anti-Scientology, which is another reason why he’s been a lightning rod.”

Rathbun went on to tell them more about the character of the religious leader:

So, yes, we might well ask Marty Rathbun, Mike Rinder and Tom DeVocht: What in heaven’s name possessed you?“You see, people describe him as one of the most honest people they have ever met, the most direct and that sort of thing, and he is. Because he just doesn’t care whether it’s popular or unpopular or whatever, he calls it like he sees it and, frankly, that is how he has been able to accomplish what he has accomplished. That is why people go to him in a crunch.”

And so he continued, this time with his characterization of the Church leader’s role in the restoration of the Founder’s Scriptural recording:

“He spearheaded this whole thing. There are LRH lectures going back to 1950 on the subject of Dianetics and Scientology. There’s now 2,000 that have been fully restored, mastered and released with the rest of them being done. But he saw to it that the whole technology for doing that was done… Now we are getting tapes that were completely wiped out from the ’50s, that sound just as if we recorded them yesterday. That’s the level of quality that’s been established on that line. These things to a Scientologist are extremely important.”

Did you want the power for yourselves? Did you imagine you were above the law and that somehow he would let you off the hook?

And finally, there’s the Rathbun declaration sworn under oath and filed with the Superior Court of the State of California for the County of Los Angeles:

“Over the years, I have witnessed innumerable personal attacks upon Mr. Miscavige, his family, his character, his integrity and his leadership by apostates and other opponents… Until recently, I have considered the individuals who have attacked Mr. Miscavige as merely embittered, spite-driven anti-Scientologists. However, as described in more detail below, it has recently become clear to me that these individuals are seeking more than merely the removal of Mr. Miscavige or any purported ‘reform’ of the Church. Their ultimate goal is to take over the Church of Scientology… They violently disagree with Scientology as practiced by millions across the world, and seek to alter its beliefs and practices to suit their own ends. It is because Mr. Miscavige stands in their way that he has been targeted by them…”

Then there are the words of apostate Rinder. He likewise wrote of the religious leader in a declaration he made to the U.S. District Court of the Central District of California, a matter of public record:

“I know David Miscavige personally. As such I know him to be completely honest, and sincerely dedicated to helping people. For what he has done to expand our religion, he has the respect and admiration of millions of Scientologists. And for this same reason, he has earned the enmity and particular scorn of those with a vendetta against Scientology.

“In the last decade, he has personally done more to ensure Scientology is standardly applied and made more widely known and available than any other single individual. After L. Ron Hubbard, the Founder of Scientology, passed away in 1986, the religion entered a new phase. While there will never be another L. Ron Hubbard, his death marked a time of potential disruption and upheaval, and Mr. Miscavige shouldered the responsibility for not only keeping the Scriptures pure, but for guiding our religion into a time of great stability and rapid growth. He never sought personal power or aggrandizement; he was thrust into the position he currently holds precisely because he is so dedicated to helping others through our religion. It is because he has demonstrated time and time again his integrity and selfless willingness to serve for the good of others that he enjoys the support of the staff and parishioners of the Scientology religion.”

Then there is Rinder to a television reporter about the leader of the religion:

“David Miscavige’s goal is very simple—to do things the way that L. Ron Hubbard would want them done and everything that he does is done with the orientation of ‘this is how L. Ron Hubbard laid it out and this is how he would want the Church of Scientology to be led, where he would want the Church of Scientology to be going.’ And that’s why I say that Scientologists feel a great sense of security and a great sense of pride in that because that’s what they want too. And it’s very clear what Scientology is attempting to accomplish and where the Church should be going because it’s all laid out in the policies that were written by Mr. Hubbard.”

There is this from Rinder speaking to the care Mr. Miscavige extends to others:

“On many occasions I have seen David go out of his way to help others. I well recall two times where I took ill and it was David who called the doctor and personally ensured that everything possible was done to help me recover. He contacted the doctor (both occasions were late at night and required tracking down doctors in the middle of the night) and ensured I was properly treated. It would have been easy for him to let someone else take care of me, but he did so personally, and would not leave or rest until the matter was resolved. These are things I will never forget.

“I have seen him act in a similar fashion with many others. As I work with him often, and know many of the people that know him, I am aware of the high regard in which he is held by Scientologists and those he comes in contact with. I have never heard a negative statement made about him by anyone other than those who seek to extort money from the Church. It really is that simple.”

And finally, Rinder on Mr. Miscavige and Church staff:

“I have observed through the years David Miscavige’s dedication to helping his fellow staff in the Church. It is he who raised the standards and conditions for staff members by insisting on constantly upgraded living quarters, dining areas and other staff facilities. It is he who insisted on staff enhancement programs, the recreational facilities being provided for the staff of the Church. Absurd allegations of slave labor being employed by the Church turn my stomach. I know the truth. They are lies and those who utter them know them to be lies.”

Then again, Rinder offered his personal view of the Church leader’s accomplishments:

“The statistics [of Mr. Miscavige] are incredible, one major accomplishment after another. Tax exemption from the IRS. Flag built to 20X what it ever was.

“The Golden Age of Tech which has ended squirrel auditing and made possible case gain and bridge progress for everyone in all orgs, removal of arbitraries which has flowed public up the bridge in record numbers.

“New orgs—starting in DC, but now with Tampa, Joburg, Buffalo, SFO, Gatos, MV, NY, Madrid and new buildings for London, Berlin, Harlem and more on the way. Social Betterment entities put on the map with real headquarters, the same for CCHR and Human Rights.”

And lastly, there is Tom DeVocht. The following are his words about the Scientology Church leader:

“LRH and COB. These are the only two one could actually say never give up, never go reasonable or agree with the stops and always, no matter what, get the job done.”

Shortly before he was forever relieved of his Church duties, DeVocht wrote the following when summarizing the religious leader’s accomplishments and the world of Scientology:

Did you think his compassion was a weakness and that you could get away with murder?“The statistics are good—also broad—in terms of where the Church has gotten. Major victories and wins have been achieved.

“The quality of delivery (Golden Age of Tech) technically and administratively have been vastly improved and standardized across the boards. Facilities across the boards are better set up, functional and represent the Church and its activities around the world.

“New social betterment groups are opening up everywhere and are also more and more well known and used.

“The whole Church is in a new era of potential expansion and boom beyond anything we’ve ever dreamt of to date.

“This is because of broad, strategic and overall activities of the Chairman of the Board and activities that he leads.”

Since authoring the above statements, Marty Rathbun, Mike Rinder and Tom DeVocht have become unrecognizable. It is a phenomenon that has been pondered since time immemorial and virtually every religious tradition tells of it—how those close to greatness will occasionally betray it for reasons known only to themselves.

So, yes, we might well ask Marty Rathbun, Mike Rinder and Tom DeVocht: What in heaven’s name possessed you?

Did you want the power for yourselves?

Did you imagine you were above the law and that somehow he would let you off the hook?

Did you think his compassion was a weakness and that you could get away with murder?

Of course, we do not expect answers to these questions and, in fact, you cannot really know the answers, at least not yet. For that is the supreme irony of greatness betrayed—even the traitors know not why they did it.

So for the moment, the best you can do is to listen for that small voice, that inevitable voice, the one that keeps asking: What have we done?

And while you’re at it, you might also ponder this in a moment of clarity:

“There is nothing very glamorous about the criminal, the breaker of his pledge, the betrayer of his friend or group. Such people are simply psychotic.”