Defrocked Apostates:
The Road To Redemption 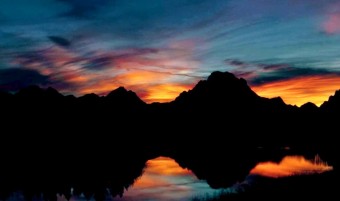 An integral technology of the Scientology religion is the Ethics and Justice system designed by Church Founder L. Ron Hubbard.

Unlike criminal court systems, where one is represented by counsel and where the guilty can stand behind a creative defense, Scientology’s Justice codes are premised on the individual’s honesty in admitting transgressions.

Similarly, rehabilitation is premised on the individual taking responsibility for the harm one has caused by making amends for the magnitude of harm caused. As can be seen in their own words, the Scientology apostates who call themselves “the Posse” know full well that the magnitude of their misconduct and crimes—as well as the amends required by them in exact accordance with the Founder’s writings—is immense.
Does the Scientology Justice system include any mechanism for one to atone for criminal misconduct when it is of such biblical proportions?
The answer is yes. The lies they spread to the media have been disproved with documentary evidence in this publication and elsewhere. That their bitter, delusional rantings receive any media attention can only be attributed to the fact that the Scientology religion is well-known and good “ratings” for the press, who live on stirring up controversy.

Moreover, if these apostates had any valid complaints about the Church, they would take those complaints to the Church—again, as mandated by the Founder’s Justice system. The reason they haven’t done so is because they know, unlike the media, that no Scientologist would sympathize with them for the very reason they are liars and that Scientology teachings even include the reason people lie in covering up their own misconduct.

Far beyond the dishonesty of their sensationalistic tabloid-like allegations that have since been entirely discredited, there remains the BIG LIE. Namely, that they won’t return to their previous Church and that they won’t do so as a matter of their personal choice. Actually, they aren’t allowed to return to their Church until they have made sufficient amends, and their misconduct even precludes them from claiming to be a member of the religion or saying they are a “Scientologist.”

Indeed, according to the Church Founder’s policy, they may only call themselves an “anti-Scientologist,” an “apostate” or a “squirrel.”

As given here, their cumulative harm to the religion for which they owe amends is immense. And until they have made amends and followed the exact procedures laid down by the Founder, they are prohibited any entry into any Scientology Church.

Of course, this also raises the question of whether the Scientology Justice system includes any mechanism for one to atone for criminal misconduct when it is of such biblical proportions. The answer is yes. Each one of these apostates was a member of the Scientology religious order, the Sea Organization. Sea Organization members commit themselves to the religion for the next billion years, reflecting an eternal commitment. When the misconduct of the Posse was discovered, each was removed from their positions. But, consistent with the saint-like compassion the Founder’s Justice system demands, all were given an opportunity to work in low-level positions so they might have the opportunity to once again be members in good standing. That they would remain in low-level positions for several, possibly scores of lifetimes, was only a reflection of the magnitude of their damage and the number of lifetimes depending on their dedication in making full amends for their misconduct.

So what is their gripe? It’s quite simple. When their misconduct was discovered, when their conspiracy was discovered, they requested all of the Founder’s Justice policies be ignored, due to the personal embarrassment they would face when Scientologists became aware of their crimes against the religion and its parishioners—an inevitability as they would be seen performing very low-level functions in the present and the future.

But as every religion teaches, humility is the first step to redemption.

Could we suggest they look in the mirror each morning? The steadily deteriorating state they see, the horrible mental state they feel and which is the inevitable result of a life now motivated by hatred—it could all go away.

They only need to face up to what they’ve done and take responsibility. For if one can’t be honest with oneself, then there is truly no hope.

Then they may begin the next step, should they choose, to make amends. It’s a long road, no doubt. But at least they are fortunate in knowing they will live many lifetimes again and so will have the centuries necessary to atone for their sins.